I can attest to that reality! After my 2007 amputation of my left leg below the knee, I was so aware that my foot was still there. I often had pain in the "foot," in the same places I had gangrene from the infection due to peripheral artery disease. After about 5 years, an old prosthetist came along who argued with me that there was no such thing as phantom pain and claimed he had worked with a number of military who were amputees. I told him he did not know what he was talking about. I know, and in the earlier days my pain could be intense for a few minutes. In fact, it could wake me from a sound sleep. I learned to move the discomfort to the good leg and foot via my mind to "dissolve it", much in the same way that the military therapy now uses a mirror to show the good leg. The brain is fascinating! After my stroke in 2017, I had a short period of proprioception issues with my right arm--so strange to experience. Biologist Rubert Sheldrake, PhD., has written an interesting article concerning phantom pain from limb loss. My own phantom pain always remind me of the work of researcher Thelma Moss at UCLA in working with Kirlian photography and the human aura and plants, and how the energy aura of a leaf can be seen when the leaf has been cut off. One of my last appointments with my surgeon, when his young resident asked if I was having any pain, I mentioned the phantom pain once in a while and the research of Thelma Moss and he had no idea what I was speaking of. (I hope he further investigated). Sheldrake has written some excellent articles--and my favorites include "psychic pets."

Posted by Linda Pendleton at 3:19 PM

I am a published writer. When asked what I write I often say my writing goes from “flying angels to flying bullets.” When I receive those curious looks it may be because I fail to say, “not in the same book.”

I write nonfiction books about angels and spirit communication with the Other Side, Spiritualism, and UFOs. I also write mysteries, suspense, and historical novels, and I have scripted Comic books.

Some of my writing was with my late husband, Don Pendleton, father of the Action/Adventure literary genre, creator of The Executioner: Mack Bolan Series, the Joe Copp Private Eye Series, and the Ashton Ford, Psychic Detective Series.

I have published a Kindle ebook edition of our popular nonfiction book, To Dance With Angels, which was first published in 1990. I am delighted to now have it available for Kindle, in print, and audio.

As if my books don’t keep me busy enough, I now have four Blogs, this one, and my World of Spirit Blog and the two listed below. I suppose I should mention, my four websites...they are listed in the side panel below.

I have a Ragdoll kitten, Max, and he keeps me busy keeping him out of trouble! And I am convinced he is part dog. I hope you enjoy reading the eclectic posts and please feel free to share your thoughts with me.

"Words are things; and a small drop of ink,
falling like dew upon a thought, produces
that which makes thousands, perhaps millions think."
~ Lord Byron

"There are only two ways to live your life. One is as though nothing is a miracle. The other is as if everything is."~ Albert Einstein 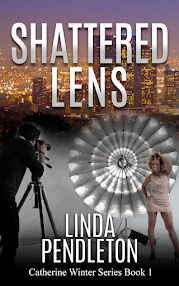